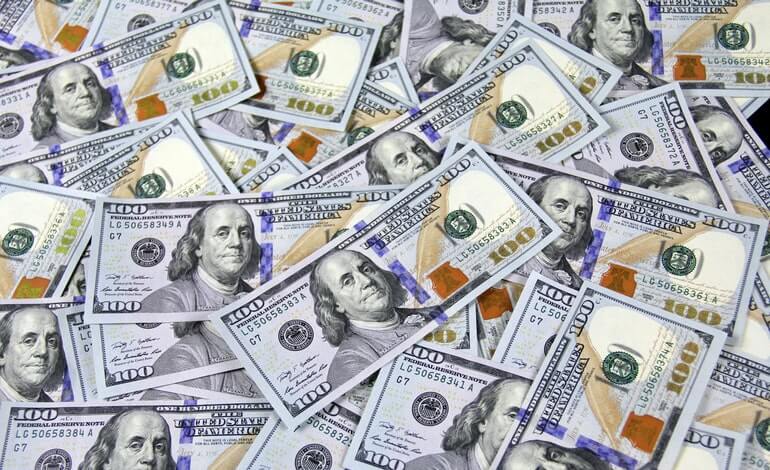 Gambling has become an inextricable part of everyday life. Nearly 85% of Americans have gambled at least once in their lifetime. This comes as no surprise, considering that at least some form of gambling is legal in 48 states. Those are the numbers for physical casinos; only 14 states have legalized specific online gambling variants so far, but many others are thinking about it.

Online gambling, in particular, has been so popular that its tax revenue could help the US pay off a significant amount of its national debt. Are gambling and the USA’s national debt closely related? The short answer: Yes. We’re here to give you all the info you need on the US national debt and how an increase in gambling revenue would affect it.

The US Gambling Industry

Gambling has been one of the fastest-growing industries in the country, especially in its online form. Convenience plays a big part: Online poker, slot games, and sports betting are all available from the comfort of your own home. Most online casinos can either match or surpass physical venues in terms of game variety and jackpot sizes.

In addition to the expansion of US online gambling, traditional bookmakers and casinos retain their popularity across the country, and they’re legal in many more states than their online counterparts. The casino industry in America is so strong that more and more states have been opening new physical gambling sites for players to enjoy their favorite games.

But have you ever stopped to think about how big of an effect the gambling industry has on the US economy? Great fun and greater winnings are all well and good, but online and on-land gambling in the US could be used to boost the country’s economy substantially.

At least one form of on-land gambling is legal in 48 states. Commercial casinos, tribal casinos, poker rooms, lottery, pari-mutuel wagering, charity games, and bingo are all currently allowed to operate in those states. However, if you live in Hawaii or Utah, you’ll have to travel somewhere else to try your luck.

With some restrictions applied, online gambling is allowed in 14 states as of now, and that number grows each year. The legalized forms of online gambling in the US are online poker, casinos, legal bookmaking, or sports betting. The legal games in each state differ according to said state’s gambling regulation.

The Effect of Gambling on the US Economy

Though it may not seem like it at first glance, the gambling industry has a significant impact on the country’s economy. It provides stable job opportunities and salaries to about two million people in the US. The gambling industry yields billions of dollars in tax revenue, thus helping the federal, state, and local governments with their funding.

According to the American Gaming Association’s (AGA) report based on the 2018 study conducted by Oxford Economics, gambling revenue contributed 261 billion dollars to the US economy in the previous year – a 9.5% increase since 2014. This industry also supported nearly 1.8 million employees across the country while generating $40.8 billion in tax revenue for federal, state, and local governments. This industry employed 727,000 US citizens, amounting to 33.3 billion dollars in all kinds of labor income, such as salaries, tips, etc.

Casino tax revenue generated more than $10 billion for state and local governments, which has never happened before. This unprecedented amount represents a 4.1% increase in comparison to the previous year of 2018.

It’s crucial to keep in mind that the $10 billion from taxes are meant to be used in the casinos’ home states to help fund various infrastructure, health, and education projects, as well as any other government-funded initiative.

This constant increase in gambling revenues and taxes is due in no small part to the legalization of sports betting by the aforementioned 14 states. According to AGA’s report, Americans legally bet more than 13 million on sports in 2019.

Considering that the casino industry has such a massive impact on the US economy and society, here is AGA’s list of top five states with the highest annual gambling revenue increase from 2018 to 2019:

Interested to know about a state or city in which gambling yields the highest revenue? Below you can see the top five locations that earned the most from casino state gambling in 2019:

Now that you are familiar with the positive effect gambling has on the US economy, let’s take a look at its negative impact on society.

Gambling is a source of entertainment – and income – for many Americans. However, some of them struggle to balance reasonable and excessive gambling and often end up in the throes of gambling addiction and losses; the latter amount to billions of dollars every year.

Gambling from the comfort of their own homes has brought devastating loss accumulation to millions of Americans. The Economist reported that, in 2019 only, the average gambling debt in the United States was $463 per adult. This may not seem like much, but it means that US citizens owe a total of $152 billion in gambling losses only. About 23 million Americans go into debt each year because of gambling, and 2 million fall prey to gambling addiction.

These statistics shouldn’t surprise you, as gambling has been present in our lives in some shape or form since the dawn of time, and not everyone can handle the inevitable temptation. However, this risk does strain the relationship between gambling and the USA’s national debt.

This means that gambling simultaneously brings substantial revenue in terms of tax dollars and adds to the national debt. And since losses depend on every gambler’s individual aptitude to recognize when the fun has taken a perilous turn, it’s hard to control that side of things. This is also part of why gambling – particularly online – isn’t a universally legal form of entertainment in the US. With the US economy already struggling, using gambling as a revenue source is a gamble in and of itself.

The National Debt of the US – Facts and Statistics

According to the US Treasury, as of December 2020, the country’s national debt amounts to $27.8 trillion in total. Public-owned debt comprises $21.6 trillion, while intragovernmental holdings total $6.1 trillion. These exorbitant figures make the United States a world leader in national debt. Ever since its founding, the US has been spending way more than the US Treasury Department can collect to cover the losses, which led to extensive borrowing. If you put together the total collective debt of all EU countries, the sum owed would still be lower than the US national debt.

During WWII, the debt increased to more than 100% of the US gross domestic product (GDP). By 1974, economic growth lowered the debt to only 24% of the national GDP. New wars and tax cuts made the debt soar again during the 1980s, but tax increases and defense cuts in the 1990s brought it back down.

There was a brief budget surplus from 1998 onwards until President Bush introduced renewed tax breaks and defense spending. This trend persisted during the Obama presidency, and the deficit surpassed $1 trillion.

As of November 2020, the federal government has spent $6.5 trillion while collecting only $3.4 trillion in revenue, resulting in a deficit of $3.1 trillion.

How are Gambling and the USA’s National Debt Related?

The only way to deal with the national debt is to increase revenue while cutting spending. Considering that online and on-land gambling in the US yields substantial tax funds each year, it could help alleviate some of the debt. Another option would be to use gambling revenue to help state and federal governments through various programs, something gambling-friendly states have already done.

For example, between 2017 and 2018, Louisiana collected $186.2 million in gambling taxes and used $58.2 million to fund various government projects, with the rest allocated to deficit reduction and state funds.

Expediting casino state gambling legalization offers many advantages, though it could not pay off the national debt in its entirety. However, this revenue source could help strengthen each state’s economy and provide opportunities for hiring teachers, social workers, covering college tuition for needy students, purchasing new equipment and textbooks for schools in impoverished neighborhoods, fixing old and building new roads, etc.

Who owns the US debt?

By the latest data, foreign lenders and the US government own a quarter each, the Federal Reserve owns one-eighth and American citizens – i.e., the public – own one-third of the USA’s national debt.

How much does the average person lose gambling?

Statistics tell us that 85% of the American population has gambled at least once in their lifetime. The average person currently owes $463 in gambling losses, for a national total of $152 billion.

Is gambling good for the economy?

Gambling could have great benefits for the US economy, with the potential to use its revenue for financing social programs in every state. Thankfully, both the federal government and individual states have realized the connection between legalizing gambling and national debt payoff.

As a result, on-land gambling and online casinos are more and more welcome. The key benefits include lowering unemployment, increased tax revenue, and accelerated growth in local retail sales.

Could legalizing gambling recover the US economy?

Through legalized gambling, each state could afford much-needed aid to its citizens. Many Americans have lost their jobs due to the Covid-19 pandemic. If gambling in either form became a legal source of revenue, it would also create new job opportunities.

It could also finance other sectors in need and provide new government earnings to lessen the deficit. All things considered, the relationship between gambling and the USA’s national debt could be a beneficial one, provided the dangers to the citizens’ mental health and financial stability are protected.