The Best Movie-Based Slots in 2021 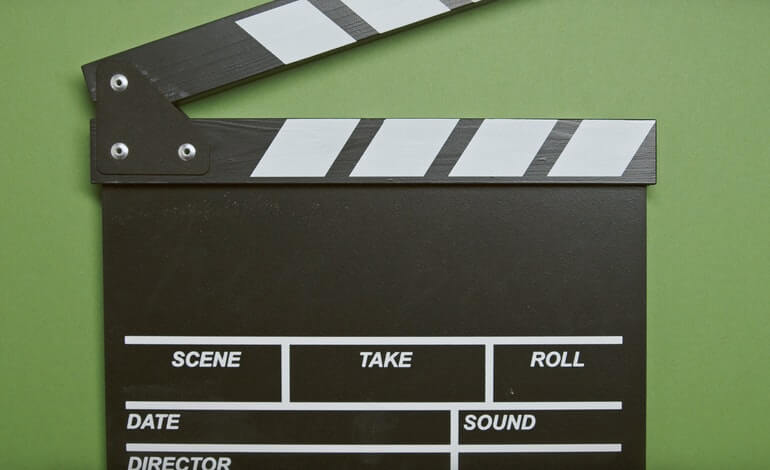 Mergers between film and other entertainment industries have transformed everything from storytelling to business models. These tie-ups are making entertainment more dynamic and injecting an extra dose of creativity.

This is especially evident with gambling sites, where a growing number of television and movie-themed games have become incredibly popular in recent years. This article names some of the best movie-based slots and covers their design, replayability, paylines, as well as Return to Player percentages.

The following list consists of the best-designed and most lucrative slot games that are based on some of Hollywood’s biggest blockbusters. These titles are designed to deliver the same level of entertainment and excitement as their big-screen predecessors.

Jurassic Park is one of the most popular movie-themed slots. When the movie came out in theaters in 1993, it was hailed as a technological marvel that set a new benchmark for sci-fi and fantasy films. Holding true to the film’s iconic status, Microgaming developed a revolutionary slot game that’s incredibly enjoyable to play.

While playing, you’ll be greeted by several stars from the movie, including Sir David Attenborough, Laura Dern, and Jeff Goldblum. There are also several iconic dinosaurs, such as the Velociraptor and the infamous T-Rex. The visuals and audio are masterfully developed, with cutting-edge graphics, parallax scrolling effects, and the iconic sounds from the movie trilogy.

The slot movie game has 243 paylines that boost your chances of winning. The RTP for this ultimate slot machine is 96.67%, one of the highest Return to Player percentages among slot games based on movie franchises. Every RTP over 96% means that the slot machine is fair.

The Jurassic Park online slot has five reels with three rows. The game has several notable features like mystery multipliers and running wilds. The Jurassic Park logo acts as a wild card that shows up on reels. When the T-Rex Alert appears, it adds 35 bonus wilds in the six spin reels. A lot of these features on movie-themed slots enhance your chances of walking away with some cash.

The1995 fantasy-adventure Jumanji offers a decent amount of fun for the whole family. The film paved the way for two direct sequels with Dwayne “The Rock” Johnson in 2017 and 2019. Meanwhile, online casino players were treated to an outstanding Jumanji slot game that quickly spiked in popularity and ranks among some of the more famous games on the market.

The game’s visuals quickly whisk you away to the imaginary world where you roll the dice to create a combination of animal or wild forest symbols. The Jumanji slot machine has 36 paylines and five reels. There is also one Mystery feature and four free spins features.

The four spins features can get you a re-spin, improve your chances of winning, or get you between four and nine wilds. The RTP for this slot game is 96.33% which is slightly above the industry average.

Based on one of the scariest sci-fi horror franchises, the Alien slot game is a tribute to the 1986 James Cameron classic. Produced in cooperation with 20th Century Fox, it’s a faithful adaptation of the thrilling journey into outer space.

The Alien slot machines have five reels and 15 paylines. Meanwhile, the game’s RTP of 96.4% guarantees that every spin has a fair chance of winning. There is even a bonus game, free spins, a decent multiplier, and a wild card in the form of the Weyland-Yutani Corp logo.

The game’s graphics are some of the best in the digital slot industry, with chunky pixels and a great deal of detail that make the gaming experience a lot more dynamic. The audio and animated slots deliver the same thrills as the movie. In short, this movie slot machine is a great choice for anyone who is on the hunt for a breathtaking game.

Thanks to the licensing agreement between Universal Studios and PlayTech, we’ve got a splendid King Kong slot game. King Kong is one of the oldest fantasy, sci-fi, and adventure franchises in movie history. The original came out in 1933 followed by a long list of remakes. The game isn’t one of the silent movie slots. It’s based on the 2005 version by Peter Jackson, who is best known for directing, writing, and producing the Lord of the Rings trilogy.

The five-reel slot game is well designed with 20 paylines that you can play in two modes, Jungle mode and Big City mode. There is also a Skull Island bonus based on the movie’s titular location.

In the Jungle mode, reels have the design and feel of a dense and lively jungle. In addition to the Skull Island bonus, you can also choose the Wild Jungle re-spins in this mode. On the other hand, the Big City mode delivers the feel of bustling New York City streets. This is one of those movie slots that offers you plenty of opportunities to boost your winnings and includes the City Tower bonus and the Wild Kong re-spins.

The game’s graphics are impeccable, with well-made movie clips, a remarkable King Kong design as the wild symbol, and the inclusion of actors in the game. You’re sure to recognize Naomi Watts, Jack Black, and Adrien Brody.

And although there are some notable differences between the movie and the game, it won’t affect the players’ immersion. The 95.5% RTP on the King Kong slot machine is also perfectly sufficient to work in the player’s favor.

This is the perfect blend of comedy, horror, and gambling. The Ghostbusters Plus game is based on the legendary movie from 1984 and incorporates many of the film’s memorable characteristics, as well as the ghost-fighting crew.

The faithful recreation of this movie involves clear graphics and ten ghosts you have to catch while playing the game. As one of the best movie-based slots, it has five reels, three rows, and 20 paylines, with many bonus features and the fantastic 25,000 times stake.

This game’s unique feature is the Ghost Battle, which is the core of the slot’s gameplay. When it goes active, you’ll have the opportunity to catch ghosts with a proton pack and bring home the winnings. The RTP is 96.5%, the third-best on our list and very close to Jurassic Park.

All of the original crew characters are here as reel symbols; the Peter Venkman symbol is the highest paying one in the game, while the Ghostbusters logo is the Wild symbol. The Ghostbusters slot machines are stacked with unique features, like Tobin’s Spirit Guide and free spins. The features and rewards enrich the overall experience and make it hard to walk away from this game.

This is one of the most rewarding slot games based on an iconic movie. Terminator 2 has wicked graphics with the entire cast of characters from the film and is highly popular among slot players and even sports betting aficionados.

As one of the highly sought-after movie-themed games, Terminator 2 always finds additional ways to keep players glued to the action on the screen. Aside from having five reels and three rows, this slot boasts an impressive 243 paylines, with 1024 ways to win during the free movie casino spin round. The T2 symbol is a wild card and is one of several symbols from the movie that appears in the game. The game’s unique feature is the T-1000 vision which searches for the Terminator or John Connor and rewards players with free spin rounds and bonus wins.

As one of the better movie slot machines on the iGaming market, its RTP is an estimated 96.62%. It puts this game right behind Jurassic Park. With excellent chances of winning and the stellar visual and audio design, you can’t go wrong with Terminator 2.

Match Made in Heaven

Now that you’re familiar with leading film-based slot games, the only thing left to do is pull the lever. All of the games guarantee hours of fun, random outcomes, and plenty of coins to win. With the low entry barrier, these best movie-based slots are sure to fuel your appetite for trying out more movie-related games.

What movie slot machines can I play?

Some of the market’s top movie-themed slot games include Jurassic Park, Terminator 2, and King Kong. You can try out all of these games after making sure that the online gambling venue of your choice is available in your country.

Ghostbusters is widely regarded as the ultimate slots game for bonus and enhanced features.

Which is the top movie slot based on a romantic film?

Playtech has created one of the most popular romantic movie-themed slot games. The Dirty Dancing slot game comes with authentic imagery that’s likely to please the film’s many fans.